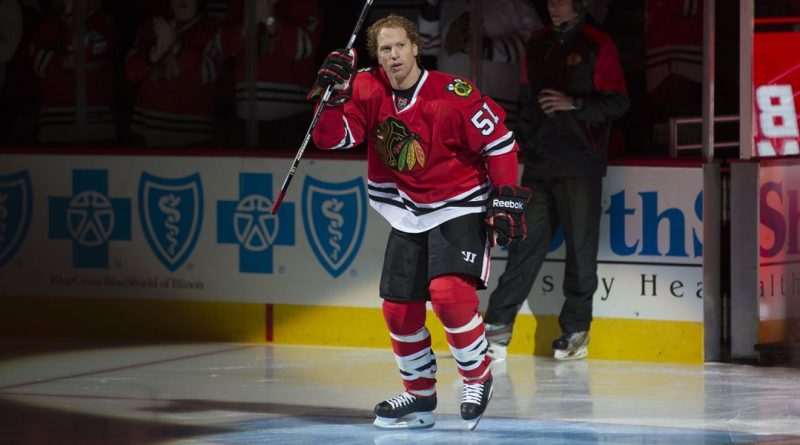 On Saturday, the Blackhawks pulled the plug on their coaching staff. Out are head coach Jeremy Colliton and assistants Tomas Mitell and Sheldon Brookbank.

Rockford IceHogs head coach Derek King is getting promoted. Marc Crawford is staying on board as an assistant. The team has indicated Jimmy Waite (goaltending), Matt Meacham and Dylan Crawford (assistant video coaches) will remain on the Blackhawks coaching staff in their current roles as well.

But the Hawks could still use at least one (if not two) more assistant coaches to replace those whose jobs went adios on Saturday.

At the end of this season, the Blackhawks organization will need to take a deep breath and overhaul the entire hockey operations side of the house. Whether or not the right candidate for the president or general manager roles is available during the season is still to be seen; Kyle Davidson has now signed one prospect and fired a head coach as the interim GM. Now, he needs to fill out a coaching staff.

So who should fill those vacancies?

I’ve been advocating for Campbell to take over the blue line group for months. No disrespect to Brookbank, but Campbell played a significantly more prominent role during his NHL career. Furthermore, while interviewing Campbell’s teammates while he was with the Blackhawks, he was a teacher while he played in Chicago. He was respected by his teammates and helped players like Nick Leddy develop.

Campbell is already on the Blackhawks’ payroll. He’s serving as a player development coach currently, and has been behind the bench with King’s staff for the IceHogs previously this season. If the Blackhawks want to develop their young puck-moving defensemen like Ian Mitchell and Nicolas Beaudin, and maybe implement a system that works, Campbell could be a good choice. The fact that he’s already in the organization would make it an easy promotion.

Kunitz has already jumped into an assistant coaching role with the Blackhawks earlier this season when the assistants were in COVID protocol. He, like Campbell, is currently a player development coach in the organization. In the release announcing Colliton getting the axe, the Blackhawks indicated that Kunitz would remain in his current role. But that could change in the coming days.

He appeared in 1,022 regular season games, a terrific career for an undrafted player. His experience would benefit the forwards on the roster, some of whom he played against before hanging up his skates after the 2018-19 season.

Campbell and Kunitz could fill those roles in an interim capacity through the end of the season, at which time they will have additional — and valuable — experience from which they could be evaluated for a more permanent role by the new president of hockey operations and whomever is the general manager moving forward.

29 thoughts on “Who Should Fill Out The Blackhawks’ Coaching Staff?”