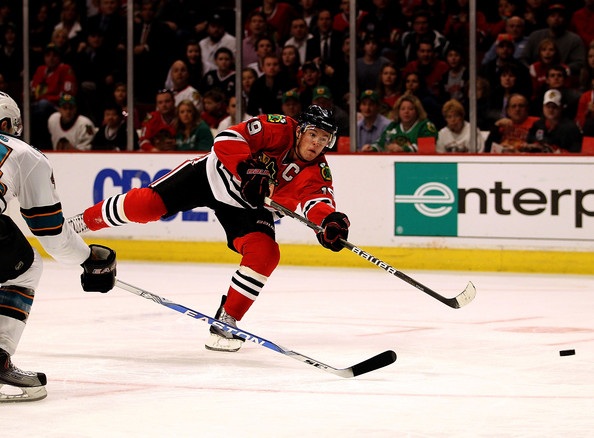 Today, in the second part of a series comparing Toews to other potential Hart finalists, we’ll look at why Toews is more valuable than another MVP candidate: Tampa Bay’s Steven Stamkos.

To change things up from when we compared Toews to Daniel and Henrik Sedin, we’re going to make two tweaks to our method of comparing.

Secondly, we’re going to remove the player names from the statistics we present to remove any presumption of player quality before looking at the stats.

With those two concessions in mind, here are the numbers:

Let’s break these down quickly.

In a number of categories, these two players are nearly identical: games played, average ice time, assists and game-winning goals.

When you place the power play goal differential into the context of power play ice time, the two players aren’t incredibly different either.

Beyond those numbers, though, the comparison is heavily weighted in favor of Player A.

Both of these players is the top line center for their given teams, but Player A has taken 69 percent more draws and is winning more than 10 percent more faceoffs. That’s a substantial margin.

The two numbers that are direct indications of defensive play are also heavily weighed towards Player A. One of these two players is a primary penalty killer and is among the league leaders in takeaways, while the other isn’t a factor defensively on special teams and has less than half as many takeaways. Player A also has less than half as many penalty minutes as Player B.

Again, all of these numbers are indications of an obvious difference in the complete game brought to the ice each night.

Which skater is which? Player A is Toews.

Player B is Stamkos.

Now let’s take one final piece and add it to the mix.

The reason I bring these numbers into play now is to point out perhaps the most striking difference in play. Toews’ plus-minus blows away the number being posted by Stamkos. Furthermore, when you consider that Stamkos has scored 15 additional points, the 19-point difference in plus-minus is astronomical.

This analysis shows that goal scoring isn’t everything, and should provide painfully clear testimony to a very simple fact: Jonathan Toews deserves the Hart Memorial Trophy more than Steven Stamkos.