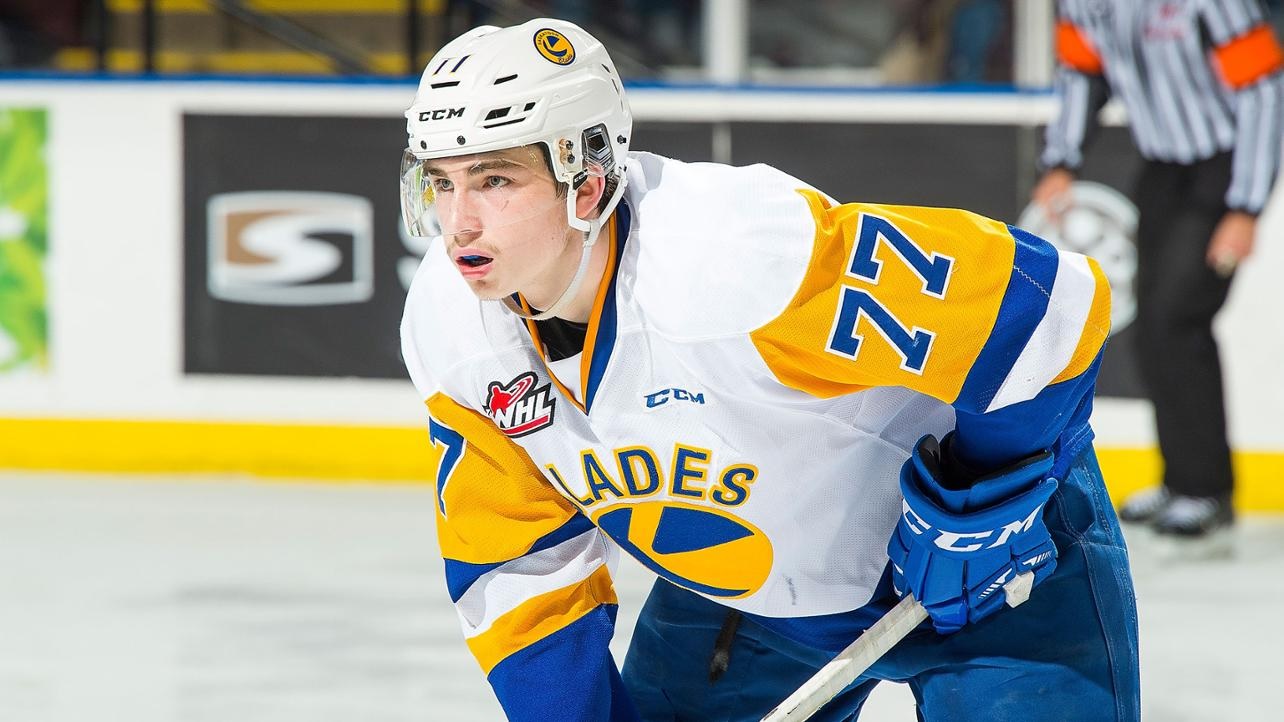 The first round of the 2019 NHL Draft begins on Friday evening. Blackhawks GM Stan Bowman spoke with the media on Wednesday and led most to believe the organization’s decision with the third overall pick has already been made.

Stan Bowman made it sound like #Blackhawks know who they’re taking third overall and the next couple days will be spent fine-tuning the full list/later rounds.

So who are the Blackhawks targeting?

As we detailed in our mock draft recap on Wednesday, most analysts have the Blackhawks taking center Alex Turcotte. He has a strong two-way game; many analysts have given Ryan Kesler or Jonathan Toews as the comparable. Others are touting defenseman Bowen Byram, who has drawn Drew Doughty comparisons.

Will one of those two be the Hawks’ pick at three? Or will it be someone else?

Will it be Turcotte?

Here are the top ten forwards in the Blackhawks’ system according to Scott Powers’ most recent rankings (with overall organization rank):

Turcotte’s two-way game is consistent with how the Blackhawks have drafted, as is his size; he is listed at 5-11 and 186 pounds.

On this list, only Barratt and Kurashev are listed as centers. And only one player on the list – Kubalik, a new addition to the organization – is listed as taller than 6-foot-2.

As the Blackhawks look forward to an active trade market, one name that continually comes up (especially from Hawks fans) is Artem Anisimov. With Dylan Strome appearing to be the second line center moving forward and the Blackhawks having some other centers in the organization, Anisimov may become a piece Bowman looks to move. Two centers who might factor into bottom-six roles in 2019-20, Luke Johnson and David Kampf, are RFAs currently.

Chicago has some organizational depth at center. In addition to Barratt and Kurashev, Mackenzie Entwistle was acquired from Coyotes last summer and Mikael Hakkarainen was a fifth round pick last year. Kurashev, Entwistle and Hakkarainen have signed with the Blackhawks already.

The center position is always a need in the NHL, and Turcotte would be the best center prospect in the system immediately. But is Turcotte the guy?

Will it be Byram?

Perhaps more importantly, however is the fact that seven of Powers’ top ten prospects in the Hawks’ system are defensemen. Chicago used both of their first round picks last year on defensemen (Adam Boqvist, Nicolas Beaudin) and their first two picks in 2017 on defensemen (Henri Jokiharju, Ian Mitchell) as well.

Byram would be the best defenseman in the organization immediately and brings different skills to the table than the four players selected over the past two years.

Given the Blackhawks’ investment of recent picks in defensemen, the question must be asked: do the Blackhawks need Byram? The answer to that is yes… but will they take another defenseman?

So who’s the pick?

Our prediction for the Blackhawks isn’t Turcotte or Byram.

In the final rankings, TSN has Dach fifth overall. After Jack Hughes and Kaapo Kakko, TSN has Byram third and Turcotte fourth before Dach.

Dach is a playmaking center who passes incredibly well, has terrific vision on the ice and has soft hands. His scoring increased this season as he looked for his shot more frequently, but he is one of the better passers in this year’s draft class. He incorporates teammates in the offense well, uses his size effectively on both ends of the rink and shows a high hockey IQ and uses his size and passing ability to be a strong contributor the power play.

What Dach brings to the table that the Blackhawks organization lacks is size. He’s listed at 6-4 and almost 200 pounds already. TSN’s Craig Button called him a first or second line, playmaking center and gave Ryan Getzlaf as the comparable veteran. If top pair defensemen are hard to come by, big offensive centers are just as rare.

In 2010 the Blackhawks used their first round pick on Kevin Hayes, who went to Boston College for four years and then opted to sign elsewhere.

Nine years ago, Hayes was listed at a similar size to Dach with an interesting skillset; Dach is a better prospect than Hayes was in 2010. Nine years later, Hayes signed a seven-year, $50M contract with the Philadelphia Flyers.

Will it be Turcotte, Byram or Dach? Or someone else? We’ll find out on Friday evening who the Blackhawks have apparently already circled on their draft board.

83 thoughts on “Who will the Blackhawks draft?”