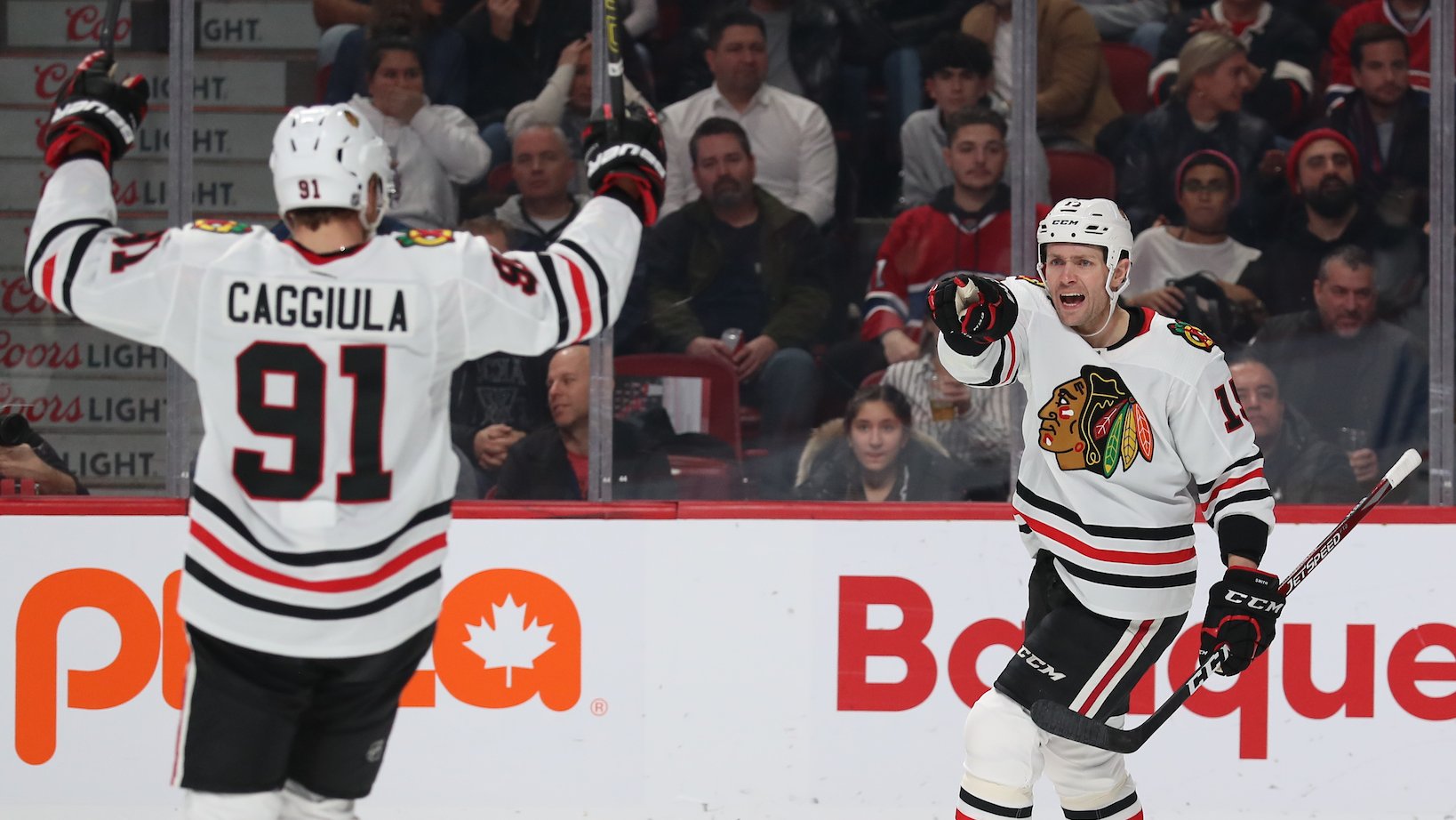 There were only two games on the national slate for the NHL on Wednesday evening. In years past, Chicago at Montreal would have been the headliner. In 2020, each team is trying to find a way back into the playoff picture.

Chicago took the train from Ottawa to Montreal after Zack Smith was warmly welcomed back by the Sens on Tuesday night. Smith didn’t pick up a point but was on the winning side in Ottawa. He made up for it early in Montreal.

Smith had two goals in 40 games to start the season with Chicago .

He scored twice in the opening nine minutes against the Habs.

At 5:42 into the first period, Charlie Lindgren made an awful play behind his net and Drake Cagguila set up Smith for a short-handed goal to open the scoring.

Less than three minutes later Smith parked himself in front of the net and neatly redirected a shot into the top corner of the net to give him – and the Blackhawks – two goals in the first period.

Montreal out-shot the Hawks 13-12 in the first but Chicago had the only two goals in the game.

The Canadiens didn’t waste much time going to work in the second, however. Former Blackhawks prospect Phillip Danault scored 54 seconds into the middle frame to cut the lead in half.

Ten minutes later, Max Domi decided to take a hilariously stupid penalty for mugging Matthew Highmore in front of the Blackhawks bench. Chicago quickly took advantage. Alex DeBrincat scored his 12th of the season, a power play goal, to extend the lead back to two.

Jonathan Toews and Patrick Kane stayed hot; they were credited with the assists on the DeBrincat goal. The assist for Kane extended his personal point streak to eight games and gave him 998 in his career.

Kane also ties Phil Housley for the 2nd most career 60-point seasons by a US-born player (Most: 13- Mike Modano) & also Bobby Hull for the 2nd most such campaigns in #Blackhawks history (Most: 14- Stan Mikita) https://t.co/5MErMXtXe6

The hitting escalated all over the ice in the second period. When 40 minutes were in the books, Montreal had out-hit the Hawks 30-6. But Chicago had a 3-1 lead on the scoreboard.

In the middle of the third period it appeared Toews had scored a power play goal on the doorstep but a review clearly indicated the Hawks captain had kicked the puck into the net. Unfortunately, the goal was taken off the board. But Chicago wasn’t done.

Cagguila was having a terrific night and was rewarded for the effort at 11:41 into the third. He picked Jordan Weal’s pocket and took it the distance, beating Lindgren for his fourth of the season and the fourth of the night for the Blackhawks.

Cagguila’s goal was unassisted but gave him two points in the game.

Corey Crawford has owned his hometown team during his career and he made some impressive saves during this game to keep the Hawks in front. He made a great save with about six minutes left in regulation on what was the last really good chance for the Canadiens.

As the final seconds came off the clock the boos came down from the fans in Montreal. The finals core: 4-1 Blackhawks.

Smith had five shots on net in six games in January coming in; he had four in Wednesday night’s game. He also led the Blackhawks with three hits. Only three Blackhawks forwards were credited with a hit.

With the win, Crawford improved to 6-0-2 in his career at Montreal.

Just another day at the office for No. 50 in his hometown of Montreal. #Blackhawks https://t.co/lRdt8ctquO